COCOMAMA is art and creativity at the service of goldsmiths in Turin. The brand was born from the idea and experience of Gian Luca Guarneri, goldsmith artisan. After a training course in art, Gian Luca discovers the goldsmith's art in Valenza in the early 2000s, where he leads a long experience in important companies in the sector. Refining the techniques, he chooses to start his own business by founding COCOMAMA, in order to offer an artisanal product and the result of creativity in every aspect: from design to implementation. 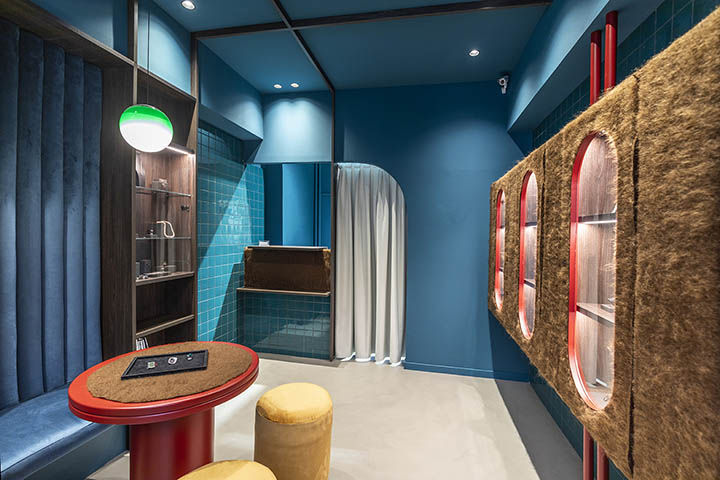 The name and symbol of COCOMAMA are connected with people who are universally linked to gold and its processing, the Incas. In fact, the two elements of our brand derive from this civilization. The name is what the Incas used to indicate the divinity of joy and health. The symbol, on the other hand, closely quotes the chakana crosses: a series of shapes divided into twelve sections which for this people represented the way of reading time, separating the three plans of existence, and on which they also based the shape of the their famous pyramid constructions.

Born in Tortona in February 1981, Gian Luca developed a great passion for art in his teens, particularly for drawing, which led him to graduate in 1999 from "Bruno Cassinari" art school in Piacenza with 92/100. In the early 2000s, he arrived in Valenza, thus discovering the wonderful world of goldsmith artisanship, wanting to know and learn as much as possible; he enrolled at the FOR.AL professional training institute in Valenza, specializing as a goldsmith artisan with 98/100. Just after that, he followed various courses on modeling thus starting to give life to his own creations (sculptures). After a long experience in important firms in Valenza, he decides to set up his own business by starting COCOMAMA, in order to offer all those who want the privilege of a unique and creative piece: from the drawing, to the prototype, ending with the wax modeling. In addition, he also offers support to companies and jewelers, guaranteeing a quality collaboration that has its roots in Valenza artisan tradition.